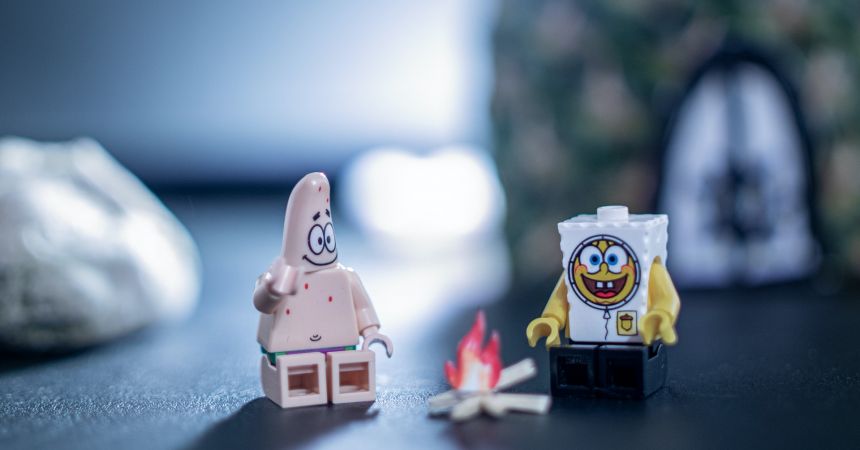 “Who lives in a pineapple under the sea?

Absorbent and yellow and porous is he

Ah, SpongeBob. For most of us, he was one of our childhood friends growing up. And this square yellow sponge from Bikini Bottom keeps inspiring. From memes to movies, Spongebob, Patrick the Starfish, Sandy and Squidward Tentacles keep coming back to entertain us. In this article, we will review some of the best SpongeBob games for Mobile, Pc and other Platforms.

Reviewing the best SpongeBob GamesSpongeBob’s Game Frenzy is a mobile game by Nickolodeon. It is a collection of fast and frantic minigames that make up one of the biggest adventures ever in Bikini Bottom.

Flipping burgers, eating ice cream, catching Plankton, driving a boat, lifting weights with the bodybuilding fish are just a few of the wacky tasks you need to perform. Tap, draw, tilt, shake, drag and scrub your way to the finish and save Bikini Bottom and remember that Mr. Krabs said that time is money. Meaning, you will have to do these things very fast if you don’t want to lose all of your three lives. SpongeBob’s Game Frenzy is full of hilarious classic SpongeBob Squarepants moments.

Each challenge you overcome gives you access to a new mini-game, and to get a better score, you need to do everything even faster. You can also challenge your friends and family to see who gets the highest score.

The game costs €2.99 at the Play Store, but if you have a subscription to GameMine, it comes free together with 1000 other games.

SpongeBob SquarePants: Battle for Bikini Bottom – Rehydrated is a revamped edition of the classic THQ game from waaaayyyy back in 2003! In this 3D game for PC, Xbox One, PlayStation 4 and Nintendo Switch you follow the adventures of SpongeBob from Bikini Bottom to beyond. In this new edition, you can play as Sandy, Patrick, or Squidward as well.

The game has a fun soundtrack with surf rock. The graphics have been updated and the game will feature brand new boss fights, as well as an all-new multiplayer mode. If you want to relive your childhood, we can’t think of a better way! The game is set for release on June 23, 2020. Preorder is available for PC and Xbox One.

SpongeBob HeroPants was based on The SpongeBob Movie: Sponge Out of Water. It was released back in 2015. In the game, SpongeBob’s dreams are coming back to life. It is up to our heroes, SpongeBob, Patrick, Squidward, Sandy, Mr. Krabs, and Plankton, to solve challenges, battle bosses, and ultimately fix Poor SpongeBob’s warped mind. The game was launched for Nintendo 3DS, PlayStation Vita, and Xbox 360. The game is full of wacky humor and it's a real treat to play it!